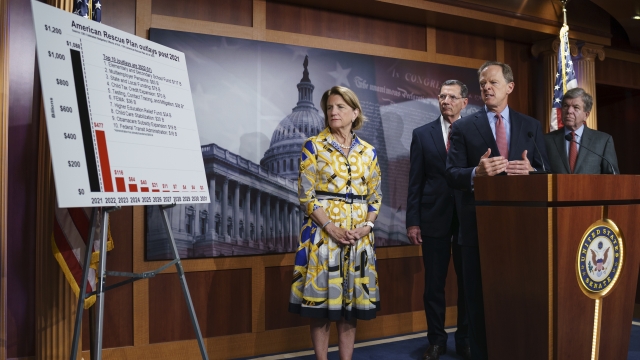 By Lauren Stephenson
May 28, 2021
The bill Includes funding for microchip production and scientific research.
SHOW TRANSCRIPT

Lawmakers are on the verge of passing a bill aimed at making the U.S. more competitive with China and other countries.

The American Innovation and Competition Act is a key part of President Biden's infrastructure plan. It includes $50 billion in emergency funding to ramp up domestic computer chip production and more funding for the National Science Foundation.

The bill would also address human rights in China, calling on the White House to impose sanctions against those responsible for alleged forced labor camps in China's Xinjiang region.