Senate Advances DeVos Nomination But Not Without A Fight From Dems 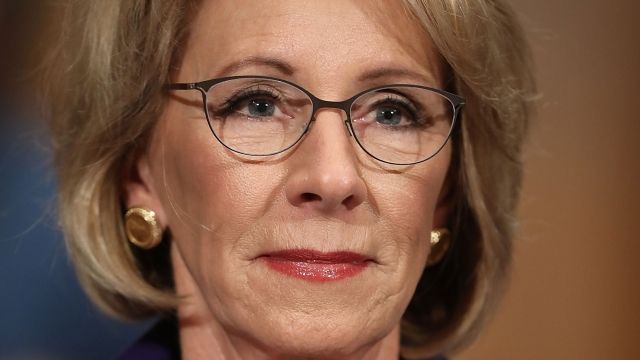 SMS
Senate Advances DeVos Nomination But Not Without A Fight From Dems
By Briana Koeneman
By Briana Koeneman
February 3, 2017
During a rare early morning vote, the Senate voted 52-48 along party lines to advance President Trump's pick for secretary of education.
SHOW TRANSCRIPT

Betsy DeVos has taken another major step toward becoming the new secretary of education.

During a rare early morning vote, the Senate decided 52-48 along party lines, which forced DeVos' nomination to go to a final vote.

"The nominee for secretary of education is one of the worst nominees that has ever been brought before this body for a Cabinet position," Schumer said. 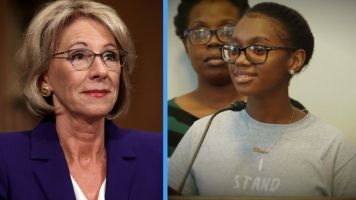 Now, all that's standing between DeVos and the job is that final confirmation vote, which is expected Monday.

But her confirmation isn't a sure thing. DeVos lost the support of two Republican senators, so the vote could come to an even 50-50.

In that case, Vice President Mike Pence would be the tiebreaker.