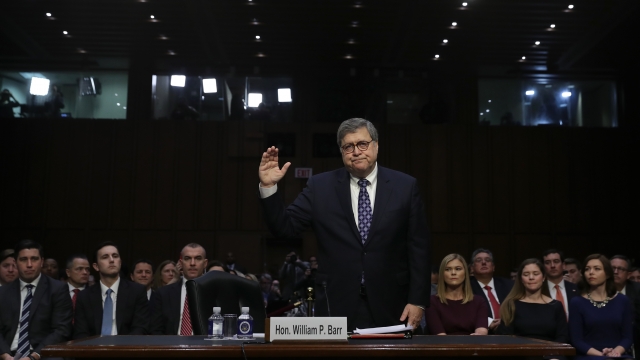 The vote was largely on party lines, with only three Democrats voting in favor of advancing Barr's nomination and one Republican voting against it.

The vote was 55-44 and fell largely on party lines. Only three Democrats voted in favor of moving Barr forward, and one Republican voted against it. The move clears the way for Barr's confirmation later this week.

Democrats have voiced their concerns about Barr and special counsel Robert Mueller's Russia investigation. Barr has said he thinks Mueller should be free to continue his probe, and the public should be informed of the results when he's done.

But Barr could choose whether Congress and the public get the full report, a redacted version or even just a summary — and that's not sitting well with Democrats. They're also concerned about a memo Barr wrote last year. That memo criticized Mueller's investigation into whether the president obstructed justice as "fatally misconceived."

Barr's confirmation could come as early as Wednesday.