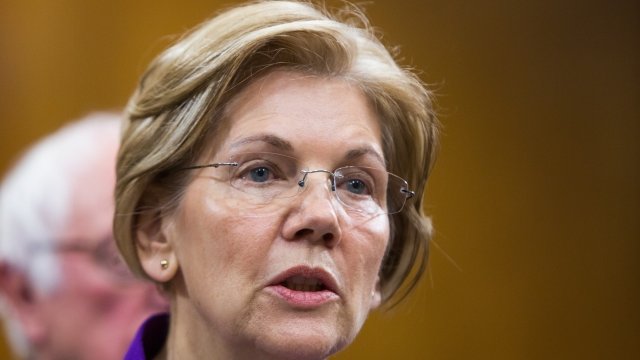 Massachusetts Sen. Elizabeth Warren has apparently taken President Trump up on his offer.

During a rally, Trump said he'd tell Warren, "And we will say, 'I will give you a million dollars, to your favorite charity, paid for by Trump, if you take the test and it shows you're an Indian.'"

In a campaign video, Warren asked a genetics expert, "What do the facts say?"The expert replied, "The facts suggest you absolutely have a Native American ancestor in your pedigree."

Her Senate campaign released the results of a DNA test which suggests Warren has a Native American ancestor about 6 to 10 generations back.

The Democrat has mused about challenging Trump for the presidency in 2020, and has been a fierce critic of the president during his time in office. Trump has accused her of falsifying her Native American roots to get a job, something Warren's camp has denied.

Trump said during an Oval Office ceremony, "We have our own Native American. They call her Pocahontas."And during a rally, Trump said "I've got more Indian blood in me than Pocahontas, and I have none."

After Warren released her test results, Trump said the test didn't count for his pledge to donate $1 million.

Trump said, "I'll only do it if I can test her personally. That will not be something I will enjoy doing, either."

Trump's made a habit of questioning the legitimacy of his political opponents; he famously claimed for years that President Obama was lying about his American citizenship. He spearheaded the movement which eventually prompted Obama to release his long form birth certificate, and take some comedic jabs at Trump in the process. 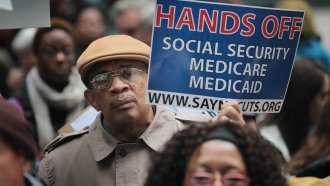 Your Guide To Medicare And Social Security, Just In Time For Midterms

Obama joked that Trump "can finally get back to focusing on issues that matter, like: did we fake the moon landing?"

And during the 2016 election, Trump also attacked his GOP primary rival Ted Cruz by arguing that he was ineligible to run for president because he was born in Canada.

Trump said of Cruz, "There's a real chance that he's not allowed to run for president. I know this: he can run for prime minister of Canada. He was born on Canadian land. It's true."

But Trump's own background has come under question too — most recently, a New York Times report dug into Trump's claims of being a self-made billionaire, pointing to evidence Trump had massive financial support from his father.

Now, Warren is promising to turn the tables on Trump, pledging to compel him to release his tax returns if Democrats retake the House in the midterms.