A Senator Pushed This Statistic About The Wage Gap ... And It's Wrong 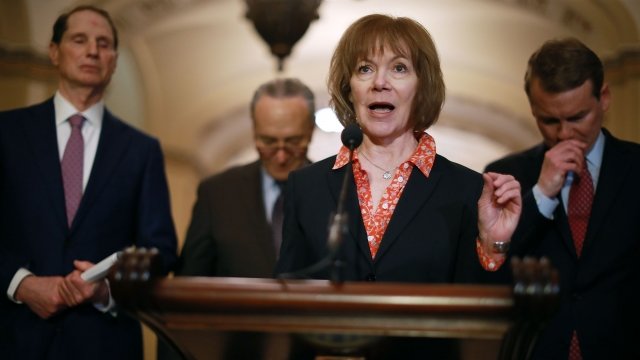 SMS
A Senator Pushed This Statistic About The Wage Gap ... And It's Wrong
By James Packard
By James Packard
April 20, 2018
Sen. Tina Smith tweeted that women earn 80 cents for every dollar a man makes for doing the same job. That's not true.
SHOW TRANSCRIPT

On Equal Pay Day earlier this month, Sen. Tina Smith tweeted that "women only earn 80 cents for every dollar a man earns for doing the same job."

That might sound awfully close to a statistic you've heard before, but it's not quite accurate. The U.S. Census Bureau says women earn 80.5 percent of what men make. But that's the general pay disparity, so it's not comparing pay for the same job.

Other studies have made that comparison, though. The American Association of University Women, for instance, found a 7 percent wage gap between men and women who were a year out of college.