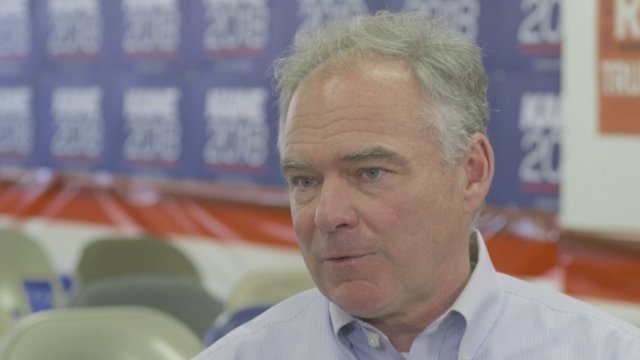 Just days before the first round of primaries in Virginia, Sen. Tim Kaine hit the campaign trail to talk with constituents and support Democrats running in the State. There are three Republicans vying for his Senate seat. Newsy's Kellan Howell caught up with Kaine at one of his campaign stops to to ask him about his controversial opponents and his expectations for President Trump's summit with North Korean leader Kim Jong-un.