This GOP Senator Wants To Give Dreamers A Path To Citizenship 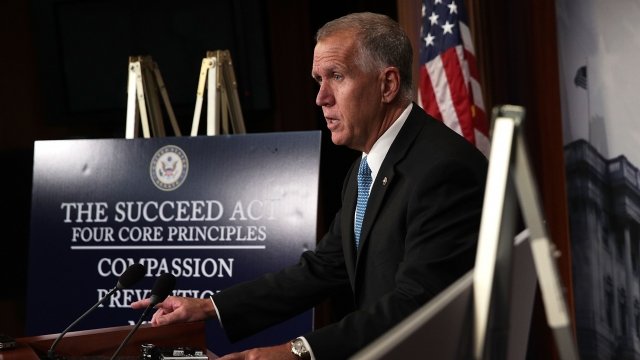 SMS
This GOP Senator Wants To Give Dreamers A Path To Citizenship
By Eugene Daniels
By Eugene Daniels
October 11, 2017
Sen. Thom Tillis co-sponsored the Succeed Act, which would give DACA recipients a 15-year path to citizenship.
SHOW TRANSCRIPT

President Donald Trump's decision to end the DACA program has Democrats fighting to protect Dreamers from deportation. But to do that, they'll probably need some help from across the aisle — and that's where Republican Sen. Thom Tillis could come in.

Tillis co-sponsored the GOP-led Succeed Act last month, which would give Dreamers a pathway to citizenship. Tillis insists that both GOP conservatives and Democratic moderates were finding it tough to oppose the bill.

That might be putting a bit of a politician's spin on it. The Succeed Act has been criticized by hardliners as amnesty for illegal immigration. And liberals accused the bill of being too harsh: It covered a smaller group of immigrants than other proposals and put new restrictions on green card recipients and temporary visa holders. 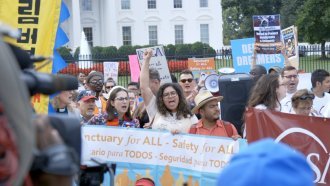 See, Tillis believes immigration is good for the economy; he says a lot of employers in his home state rely on immigrants to fill key roles. His constant recipe for immigration reform is a bit of leniency for undocumented immigrants with a lot of strings attached.

The Succeed Act hasn't picked up any public GOP support besides its original co-sponsors, but it could end up married to one of the other DACA proposals out there. And the public would probably be on board: A recent Politico/Morning Consult poll found 58 percent of voters, including 69 percent of Republicans, think DACA recipients should be able to stay in the U.S. and gain citizenship.