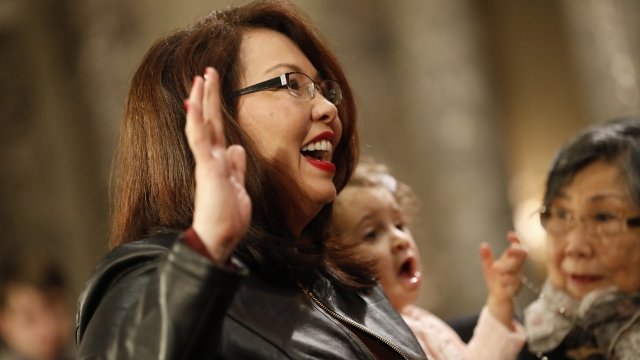 Sen. Tammy Duckworth is pregnant with her second child, and she's expected to become the first U.S. senator to give birth while in office.

Expected to give birth in late April — weeks after her 50th birthday — the senator told The Chicago Sun-Times, "I feel great."

Juggling pregnancy with work in politics won't be new for the senator, though. In 2014, Duckworth gave birth to her first daughter, Abigail, while serving in the House. She's one of 10 women to ever do so.

In a statement, she said: "As tough as juggling the demands of motherhood and being a Senator can be, I'm hardly alone or unique as a working parent, and Abigail has only made me more committed to doing my job and standing up for hardworking families everywhere."