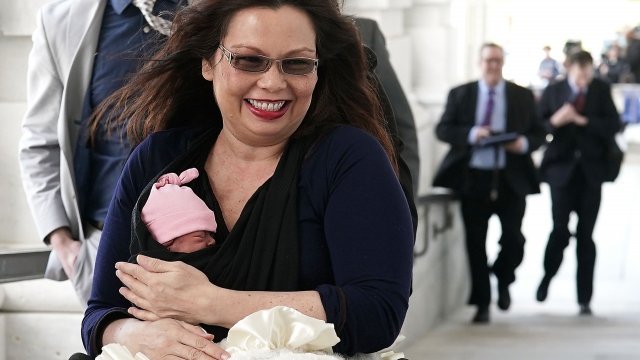 Sen. Tammy Duckworth made history Thursday and put new Senate rules to use. She brought her newborn daughter to the floor for voting.

The Senate voted unanimously Wednesday to allow children under the age of 1 on the Senate floor during votes, which can take hours.

In a tweet Thursday about her daughter, Duckworth said, "Maile's outfit is prepped. Made sure she has a jacket so she doesn't violate the Senate floor dress code requiring blazers."

Duckworth is the first U.S. senator to give birth in office.