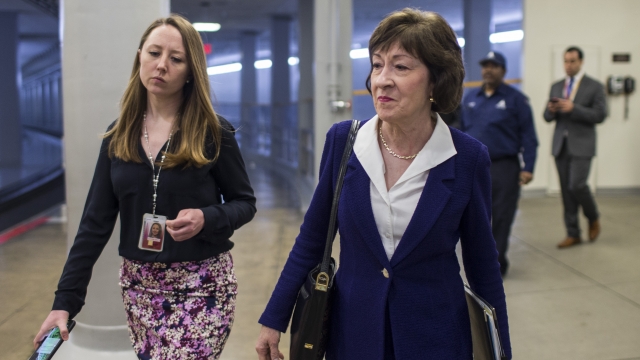 The Maine senator has been running campaign ads for months, but she hadn't officially said she was running for a fifth term.

As a Republican lawmaker, Collins currently sits with the majority, but she can be a key swing vote. She was one of a handful of GOP members to oppose the Trump administration's efforts to repeal Obamacare.

But regardless of the issue, Collins is a reliable voter in the Senate. She hit a milestone in June: participating in 7,000 roll call votes in a row.

Despite her tenure, she might have a tough reelection. Democrats have reportedly targeted her seat as one they could flip to try to win the Senate majority in 2020.