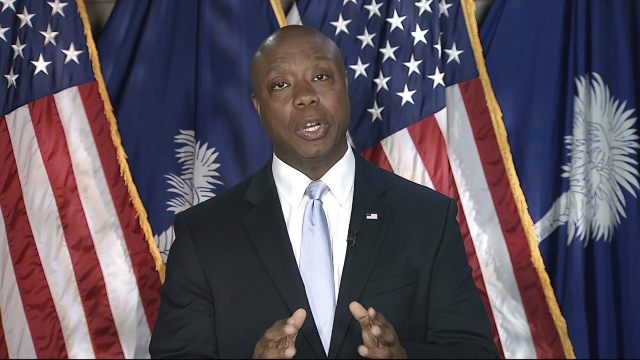 The president talked about working with both sides of the aisle, specifically on his infrastructure bill, but during the Republican rebuttal, Sen. Tim Scott of South Carolina said Democrats are "pulling us further apart."

He pointed to this year's COVID relief bill which passed Congress without a single Republican vote.

"In February, Republicans told President Biden we wanted to keep working together to finish this fight," Sen. Scott said. "But Democrats wanted to go at it alone."

The president talked about expanding Medicare and negotiating lower drug prices, but that's not included in his American Families Plan. Sen. Bernie Sanders and other Democrats have pushed for that.

Sen. Scott said the president's plans are part of a "liberal wish list."