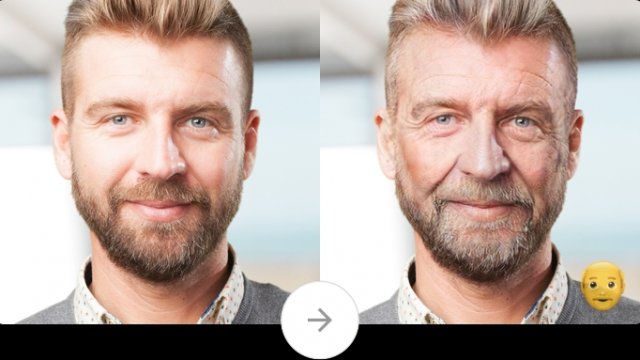 The Russian-based app transforms users from young to old to another gender. It's an internet craze, but Sen. Chuck Schumer may just cancel it.

They'll use masks, serums, sunscreens, fillers and even surgery, all in hopes of avoiding those fine lines.

But that effort has gone out the door, at least online.

Social media timelines are flooded with transformations like this.

Users are aging decades by using a filter on an app called FaceApp.

Celebrities are joining in, and even I gave it a try.

He wants the FBI and Federal Trade Commission to investigate FaceApp.

Senator Schumer sent a letter to the agencies' heads Wednesday. In it, he said FaceApp could "pose national security and privacy risks" for U.S. citizens.

Turns out FaceApp is headquartered in Saint Petersburg, Russia.

It uses artificial intelligence to alter a person's photo.

According to its security policy, it's collecting data on things like "the web pages you visit, add-ons, and other information," cookies on how we use the app, and metadata on the content we're uploading onto the app.

The policy doesn't clearly state how long FaceApp holds onto that data or how a user can delete it.

Sen. Schumer said he wants to know whether all of this data from millions of Americans is "finding its way into the hands of the Russian government" or its ties.

At the time of this reporting, there is no evidence FaceApp is sending user information to the Russian government.

But Sen. Schumer said: "In the age of facial recognition technology as both a surveillance and security use, it is essential that users have the information they need to ensure their personal and biometric data remains secure, including from hostile foreign nations."