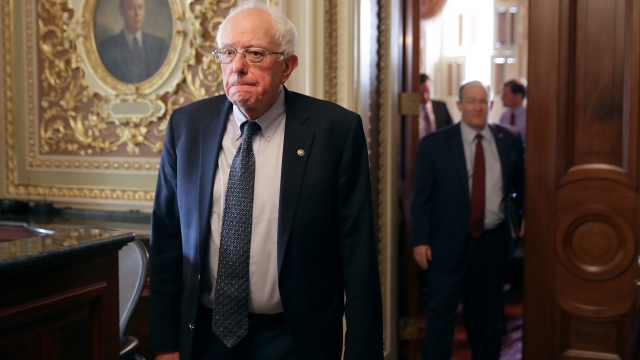 The plan has 10 key goals, which include ending school segregation, giving teachers a raise and making schools safe and inclusive.

He announced the plan Saturday in Orangeburg, South Carolina -- which has some significance. Friday was the 65th anniversary of Brown v. Board of Education — the landmark ruling that declared school segregation unconstitutional — and Orangeberg is 40 miles from where that case was launched.

The education plan is named after Thurgood Marshall, the lawyer who won that case and eventually became the first black Supreme Court justice.

Sanders said, "Thurgood Marshall's core belief was pretty simple, not complicated. He believed that it is, and I quote, 'the right of all of our children, whatever their race, to an equal start in life and to an equal opportunity to reach their full potential as citizens,' end of quote."

The plan has 10 key goals. They include ending school segregation, giving teachers a raise and making schools safe and inclusive.

One goal bans for-profit charter schools. That idea puts him directly at odds with the Trump administration. Education Secretary Betsy DeVos has criticized opponents of charter schools, saying they are "hurting the children and families who can least afford it."