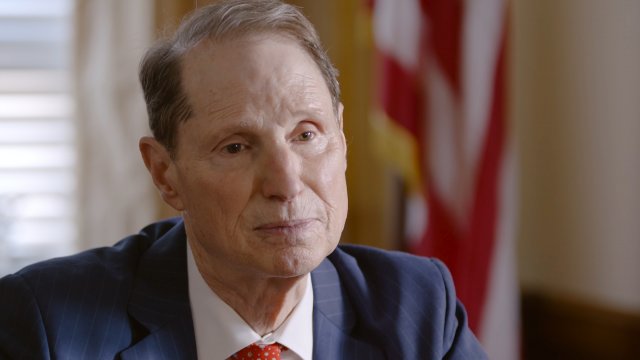 An old school solution to a 21st century problem is one way lawmakers are aiming to stop foreign interference in the 2020 election.

"I know you're on the intelligence committee and you can't talk about any classified matters, but are you concerned about the 2020 election or any other actors besides Russia interfering in our election?"

"I will say clearly there are a number of other countries I believe are considering various hostile actions with respect to our system of voting interfering on our voting processes," said Senator Ron Wyden. "And I do not think this problem is just about the Russians. I think it is deeper than that. And I really do believe, based on what I know now, that we are looking at threats that could make what happened in 2016 when we were attacked by the Russians look like small potatoes."

The bill would help address warnings from cybersecurity experts who say relying on an electronic voting system without a paper trail can be problematic if programming errors occur. Hacking is also a major worry.

Wyden's main point is that foreign powers will try to repeat what happened in 2016 where Russians attacked the computer systems of a voting machine company in North Carolina and voter databases in Florida.

His bill also bans internet connections on voting machines. Something he says should be common sense.

"Not very long ago, the biggest voting machine company, what's called ES&S actually installed remote access software in their machines," Wyden added. "I've compared that to essentially putting American ballot boxes on the streets of Moscow. So, what I require in my bill, the PAVE Act is that there be no internet connection to voting machines."

Election Systems & Software, by far the largest supplier of voting machines in the U.S. told Newsy their voting machines have never been connected to the internet and quote.

"There’s also no evidence that any vote in a U.S. election has ever been compromised by a cyber security breach."

Still, many states have a limited paper backup or solely rely on electronic voting.  During the 2018 Midterm election just over a dozen states had statewide or county based systems that did not leave a paper trail for votes. Some states such as Georgia, Delaware and South Carolina have started the process of replacing these systems ahead of the 2020 election. But others remain in limbo.

Experts say election security should be a non-partisan issue and that more needs to be done to prevent interference.

"We need election systems that are so resilient that if they get in and monkey around it doesn't matter because we have the actual ballots that voters cast and we have a system where we go back and look at those ballots to provide evidence as to whether the election was corrupted or not," said Susannah Goodman, who is the director of election security at Common Cause.

Wyden's proposal is one of just a handful of election security bills have been introduced this session but have all stalled in Congress. The bills are unlikely to pass the Republican controlled Senate. Majority Leader Mitch McConnell says he's open to discussions but has voiced opposition to imposing federal mandates over elections.

The PAVE Act is still awaiting committee approval and the House passed a separate bill with a paper ballot requirement in June.

"I think members are still learning about how serious this problem is," Wyden said. "The real challenge will be to get members of the Congress to actually require that the important changes be put in place."