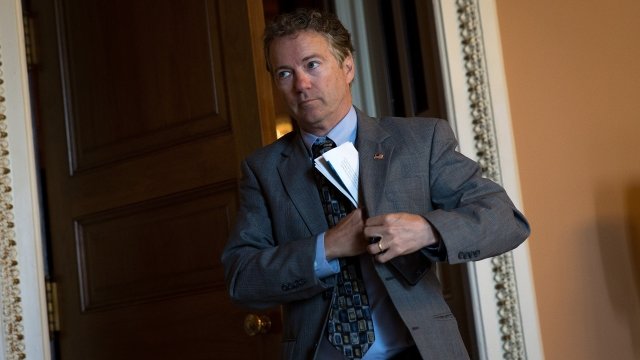 He's scheduled to meet with Russian lawmakers on Monday.

In an op-ed Paul wrote for Politico back in July, he said he's making the trip "in an attempt to discuss common ground with their leaders and help prevent further, unnecessary escalation of tensions."

Paul is seemingly becoming a pretty big supporter of the president following that summit, even saying those who criticized the meeting were "motivated" by their dislike of Trump.

As of early Friday, no details have been released about who exactly Paul is meeting with and what they'll talk about.