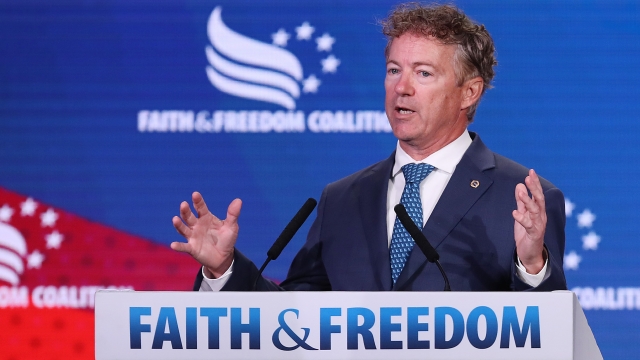 Republican Sen. Rand Paul delayed a vote on a bill Wednesday that would extend the September 11th Victim Compensation Fund.

The House approved the bipartisan bill in a 402-12 vote last week to re-authorize the fund. The legislation, known as the Never Forget the Heroes Act, would provide more funding for all current and future medical claims from 9/11 victims through fiscal year 2090.

Sen. Kirsten Gillibrand requested the bill be voted on by unanimous consent to fast-track its approval. But Paul objected, saying the measure would add to the national debt.

Paul said, "We're adding debt at about a trillion dollars a year and therefore any new spending that we are approaching, any new program that's going to have the longevity of 70, 80 years, should be offset by cutting spending that's less valuable."

Despite Paul's objection, the Senate is still expected to pass the bill before it goes on August recess.