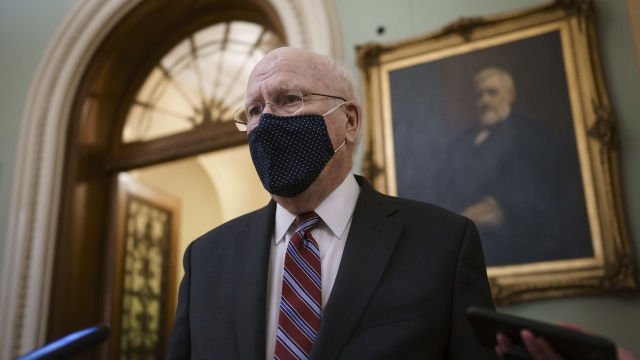 An unidentified source told the Associated Press that Chief Justice John Roberts, who presided over Trump's first impeachment trial, will not be presiding this time because Trump is no longer in office.

Leahy is a Democrat from Vermont. He's the Senate's new president pro-tempore, which is a largely ceremonial role.

His role in the impeachment trial will be "making sure that procedures are followed."

In a statement he spoke about an "additional special oath to do impartial justice." He said that's an oath he takes "extraordinarily seriously."

A spokesman for the senator says it's up to Senate Majority Leader Chuck Schumer and Minority Leader Mitch McConnell to decide whether Leahy will preside.

Arguments in the Senate trial will begin the week of Feb. 8.