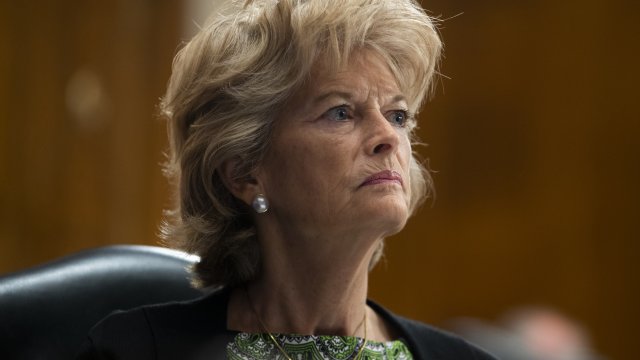 SMS
Sen. Murkowski Shifts, Says She Will Confirm Barrett for Supreme Court
By Alex Arger
By Alex Arger
October 25, 2020
The Alaska Republican had been keeping her decision private after earlier saying she didn't believe the vote should be made this close to an election.
SHOW TRANSCRIPT

"While I oppose the process that has led us to this point. I do not hold it against her as an individual who has navigated the gantlet with grace, skill and humility," Sen. Lisa Murkowski said.  "I will vote no on the procedural votes ahead of us, but yes to confirm Judge Barrett when the question before us is her qualification to be an associate justice on the Supreme Court."

The Republican senator from Alaska had previously said she did not believe the confirmation vote should be made this close to an election.

Murkowski was one of the only Republicans joining Democrats to push against the quick filling of the late associate Justice Ruth Bader Ginsburg's vacancy. She warned again during her announcement that the rush to fill the seat would "reinforce the public perception about political influence on the court."

Barrett's confirmation proceedings are amounting to one of the quickest for a Supreme Court nominee in modern times. If confirmed, she will give the court a 6-3 conservative majority.