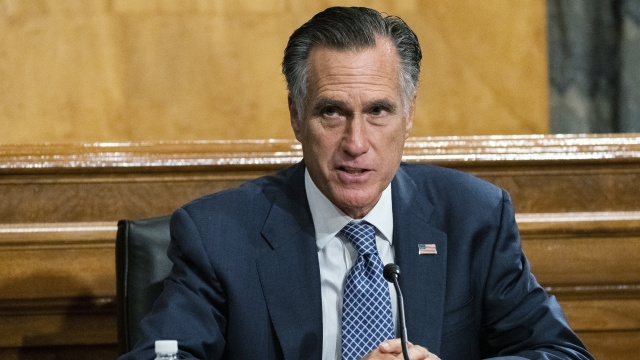 The senator said he'd vote on the nominee solely based on their merits. He also said the high court should reflect the U.S., which he feels leans "center-right."

He said: "I recognize that we may have a court which has more of a conservative bent than it's had over the last few decades. But my liberal friends have, over many decades, gotten very used to the idea of having a liberal court, and that's not written in the stars."

Romney has voted against the party line before, and it wasn't initially clear where he'd fall on this issue. But two Republican senators – Lisa Murkowski and Susan Collins – have said they would not vote on a pick this close to the election. Meanwhile, Majority Leader Mitch McConnell has told senators it is their job to vote on matters like this.