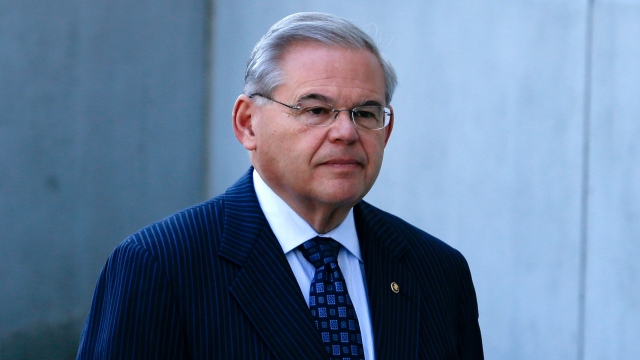 Sen. Robert Menendez is calling for a State Department investigation into the use of personal phones by senior diplomats for official business.

U.S. Sen. Robert Menendez is asking the State Department to launch an investigation into the use of personal cell phones by senior U.S. diplomats, according to a letter obtained by NBC.

Menendez, a member of the Senate Foreign Relations Committee, sent the letter to Assistant Secretary of State for the Bureau of Diplomatic Security Michael Evanoff, asking for senior officials to be punished if they're conducting "sensitive national security business" on unsecured personal devices.

The call for this investigation comes as impeachment inquiry into President Donald Trump has revealed U.S. Ambassador to the EU Gordon Sondland used his personal cell phone to call President Trump from a restaurant in Kyiv, Ukraine, in July.

Text messages presented in the impeachment inquiry have also revealed Sondland and former Ukraine envoy Kurt Volker communicated with each other, as well as with Ukrainian officials, on their personal devices.

Menendez has asked for a response from Evanoff by Dec. 2.