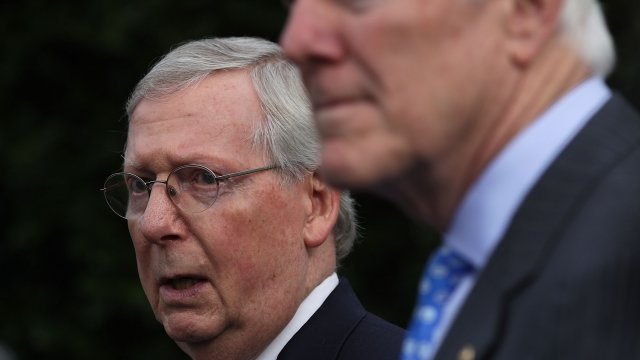 Senate Majority Leader Mitch McConnell has acknowledged his party might not be able to replace the Affordable Care Act.

The Kentucky lawmaker said Thursday if Senate Republicans can't agree on the Better Care Reconciliation Act, they'll have to figure something else out.

It's been an uphill battle to repeal and replace Obamacare. The House had to pull the first GOP health care bill before it even went to a vote.

The second version passed the House in early May. 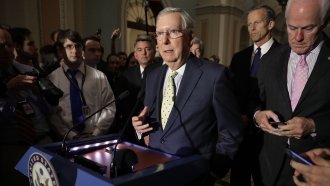 Then the Senate drafted its own version of the American Health Care Act behind closed doors. That draft was released in June.

The bill only needs 50 votes; the vice president would break the tie. But zero Democrats are backing it, and a handful of Republican Senators have said they won't support it in its current form — which means, right now, it essentially has no chance of passing.

McConnell's statement pivots from his promise to repeal Obamacare "root and branch." He said if the bill fails, the GOP will have to work with Democrats on legislation that strengthens current insurance markets.