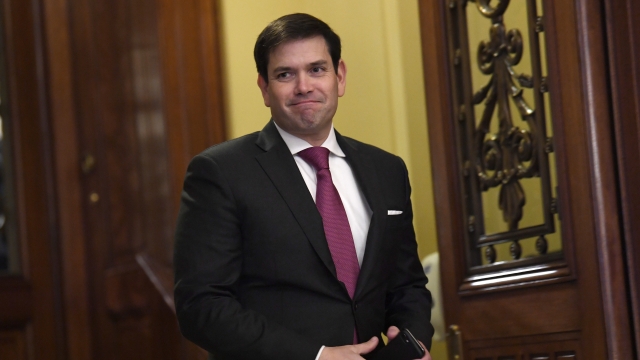 SMS
Sen. Marco Rubio Tapped To Lead Senate Intelligence Committee
By Katherine Biek
By Katherine Biek
May 19, 2020
He's replacing Sen. Richard Burr, who's being investigated by the FBI for controversial stock transactions he made before the market declined.
SHOW TRANSCRIPT

Sen. Marco Rubio has been selected as the acting chairman of the Senate Intelligence Committee.

The FBI is investigating stock transactions Burr made just before the market nosedived in mid-February amid the coronavirus pandemic.

As the chairman of the Senate Intelligence Committee, Burr was receiving closed-door briefings on the threat of COVID-19 in the weeks leading up to his stock sales.

Under the 2012 Stock Act, it's illegal for lawmakers to use insider information to make trading decisions. Burr's denied any wrongdoing.

Now as acting chairman, Rubio is expected to help wrap up the committee's bipartisan investigation into Russian election interference.

Usually, Rubio's new appointment would mean he'd be forced to relinquish his role as the chairman of the Senate's small business committee. But The Washington Post reports he could seek a waiver to lead both panels simultaneously since he's only temporarily in charge of the Senate intelligence committee.