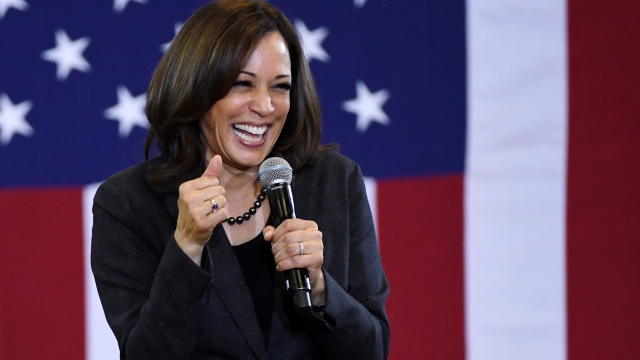 SMS
Kamala Harris Releases 15 Years' Worth Of Tax Returns
By LeeAnne Lowry
By LeeAnne Lowry
April 14, 2019
The 528 pages add up to more than any other 2020 candidate has released so far.
SHOW TRANSCRIPT

That's 528 pages and three years more than any other 2020 candidate so far. As of Sunday afternoon, Harris hadn't commented on the matter, but an aide told CNN the move made Harris "the most transparent candidate in the field" when it comes to taxes.

Several other Democrats have already released their tax returns, and Sen. Bernie Sanders promised to release 10 years' worth of returns by Monday.

Harris, who is in the top 1% financially, has spoken out in the past against tax cuts for the rich.

She recently told CNN: "When we had a tax cut in the past that benefits the top 1% and the biggest corporations in this country, that was a complete failure of leadership. On day one, I would repeal. "