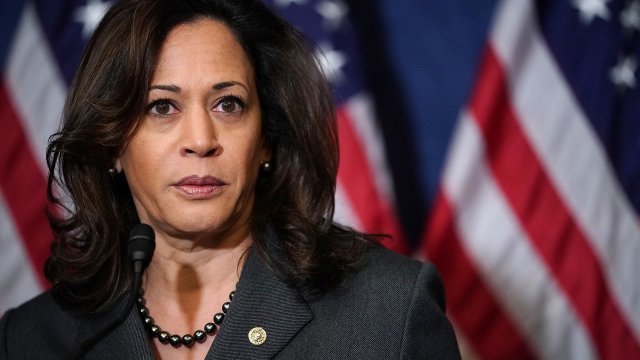 Democratic Sen. Kamala Harris is calling for Homeland Security Secretary Kirstjen Nielsen to resign amid Trump administration policies that lead to migrant children being separated from their guardians at the border.

In a statement posted on Twitter Monday, Harris said under Nielsen's tenure as DHS secretary, "The Department has implemented a policy that has separated thousands of children from their families, issued a directive to make it easier to detain pregnant women, [and] tried to use DACA recipients as leverage to achieve the President's anti-immigrant agenda."

Harris also criticized the department's role in the response to Hurricane Maria's destruction in Puerto Rico.

Attorney General Jeff Sessions announced a "zero-tolerance" policy in April that calls for the prosecution of all who enter the U.S. illegally. It led to nearly 2,000 children being detained over six weeks and sparked bipartisan backlash led by Democrats.

Nielsen defended the policy Monday, saying, "We will not apologize for the job we do, for the job law enforcement does and for the job the American people expect us to do."

Some media outlets have reported poor conditions for the detainees, including overcrowded facilities. Nielsen said there is "misinformation" surrounding the administration's policy and that "minors are very well taken care of — don't believe the press."