Sen. Johnson: Nothing Racial About Comments 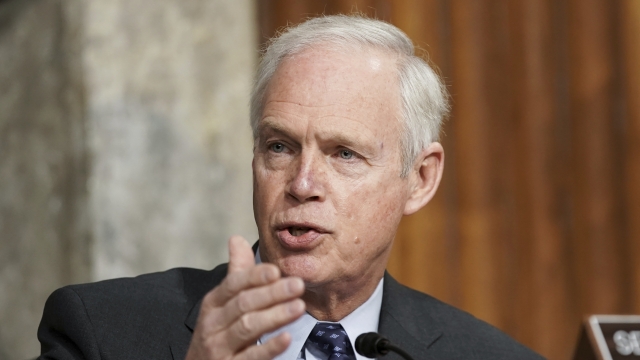 SMS
Sen. Johnson: Nothing Racial About Comments
By Newsy Staff
By Newsy Staff
March 16, 2021
He said he wasn't worried about rioters of the Capitol insurrection, but would have been "a little" if there were Black Lives Matter protesters.
SHOW TRANSCRIPT

Sen. Ron Johnson is pushing back after he was criticized for comments he made about people who rioted at the Capitol on January 6.

In an interview, Johnson said he was not worried about the rioters but said if Donald Trump won the election and there were thousands of Black Lives Matter and Antifa protesters, he may have been a "little concerned."

The Wisconsin Republican said his comments had nothing to do with race.

"There was nothing racial about my comments. Nothing whatsoever," Johnson said. "This isn't about race. This is about riots. But it's still pretty shocking that it would take what I consider completely innocuous comment and turn it into use the race card on me and say there's some kind of racist comment involved in that. There was none."

In an op-ed in The Wall Street Journal yesterday, Johsnon reiterated his comments and said violent protests like some of the ones that happened in Kenosha last year were not about a single ethnicity. He noted that more than a dozen people died and hundreds of law enforcement officers were injured during last year's protests.

Five people including one officer died as a result of the Capitol riot. Johnson condemned people who broke the law that day, but we do want to note that he was one of the senators who was most vocal in pushing claims of election fraud that sparked that riot.