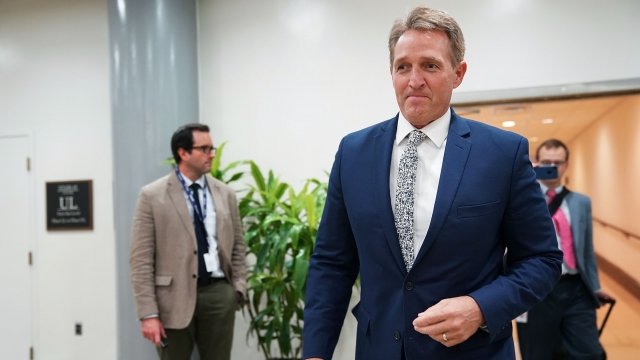 SMS
Sen. Jeff Flake To Propose Bill To 'Nullify' Trump's Tariffs
By Jake Jones
By Jake Jones
March 8, 2018
The president signed import tariffs on steel and aluminum on Thursday, and some lawmakers spoke out against the measure.
SHOW TRANSCRIPT

Flake said he would "immediately draft and introduce legislation to nullify these tariffs," which he called "ill-advised." He said trade wars can only be lost and that Congress "cannot be complicit as the administration courts economic disaster."

Trump signed a 25 percent import tariff on steel and a 10 percent one on aluminum on Thursday, saying it was for both economic and national security.

Republican leaders cautioned Trump against the tariffs, saying they could balloon into a full-scale trade war. And the European Union already signaled it plans to respond with tariffs on American industries.