Senator Says The EPA Is 'Brainwashing Our Kids' 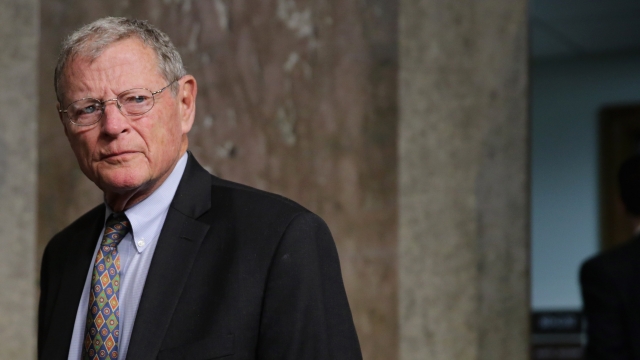 "But we want to take all this stuff that comes out of the EPA that's brainwashing our kids, that is propaganda, things that aren't true," Inhofe said Thursday morning on CNN.

But part of the EPA's mission is to study environmental issues and teach people about the environment.

What that mission will look like under President Trump is a little unclear. The president's proposal suggested cutting the agency's budget by 31 percent. And the new EPA administrator Scott Pruitt previously sued the agency multiple times and doubts climate change.

That's something he and fellow Oklahoman Inhofe have in common.

In 2015, Inhofe brought a snowball to the Senate floor to try to argue against climate change and warming temperatures.

"So it's very, very cold out," Inhofe said. "Very unseasonal, so here, Mr. President, catch this."