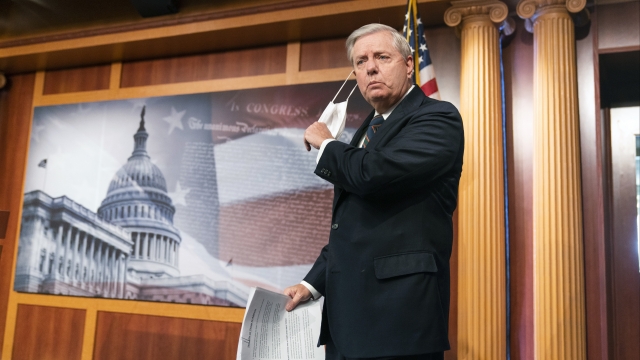 We're still learning more about what happened inside the capitol on January 6 as more evidence and video comes out.

Video from The New Yorker shows rioters breaking into the Senate chamber.

In some instances, the violent protesters debated about what to do next as they rummaged through senators' desks and destroyed property.

Some of the rioters who have been arrested are seeking a presidential pardon.

Sen. Lindsey Graham (R-S.C.) has shown support for President Trump following the attack on the Capitol, but he warned him not to pardon the rioters.

“There are a lot of people urging the president to pardon the folks who participated in defiling the Capitol, the rioters. I don't care if you went there and spread flowers on the floor. You breached the security of the Capitol. You interrupted a joint session of Congress. You tried to intimidate us all," Graham said. "You should be prosecuted to the fullest extent of the law, and to seek a pardon of these people would be wrong. It would be, I think it would destroy President Trump, and I hope we don't go down that road."

Some rioters have said they were invited by the president and were following his orders.