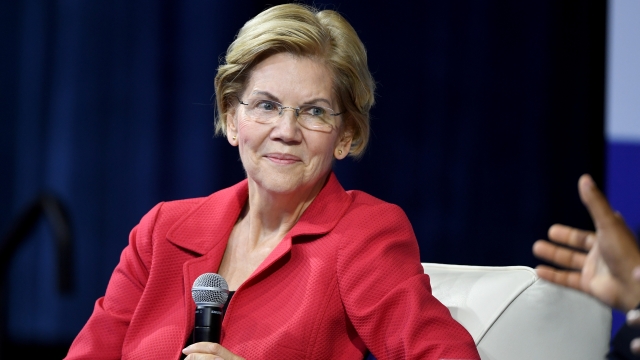 On Monday, Sen. Elizabeth Warren shared her plan for education —  and it comes with a price tag of $800 billion.

In a lengthy open letter on her campaign site, Warren says her upbringing and public school background shaped her plan. She broke it down into five main objectives.

First, she wants to "fund schools adequately and equitably so that all students have access to a great public education."

Warren says data shows that more school funding means better outcomes for students, but that public schools get different results based on their mixes of federal, state and local funding. She also says students from low-income backgrounds often receive less funding than others "on a per-student basis." She said she'll boost overall federal and state education funding and work with "public education leaders" to improve the way federal funding is allocated. Warren said it's wrong to call schools public when "some students have state-of-the-art classrooms and others do not even have consistent running water."

Second, Warren promises to "renew the fight against segregation and discrimination in our schools."

She says schools are "more segregated today than they were about thirty years ago," at least partly because people often move to put their kids in "good" districts. She says that creates segregated communities because certain areas become too expensive for lower-income families. She says her plan will alleviate that by increasing funding to make every public school a "great one".

Third, Warren said she wants to "provide a warm, safe, and nurturing school climate" by turning 25,000 public schools into what she calls "true community schools."

Fourth, she aims to "treat teachers and staff like the professionals they are."

Namely, she wants to give educators the tools they need to bargain for higher pay and help aspiring educators get college degrees without "drowning in debt." She also said she wants to increase the diversity of teachers in public schools.

And fifth, Warren promises to "stop the privatization and corruption of our public education system."

She says she plans to ban "the sharing, storing, and sale" of certain student data with corporations and monitor charter schools to make sure they comply with federal funding regulations.

All of these promises come with a major price tag: around $800 billion. Warren says her so-called wealth tax would foot the bill. That means Americans with net worths of $50 million or more would be paying for the plan over a 10-year period.

Warren was also adamant about replacing current Education Secretary Betsy DeVos with someone who's been a public school teacher before. She said she'll look for a candidate who "believes in public education, and will listen to our public school teachers, parents, and students."