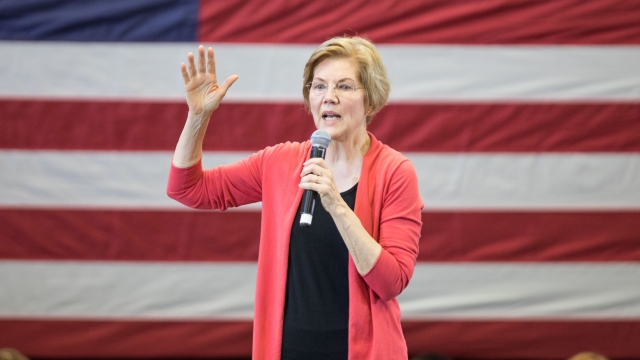 Sen. Elizabeth Warren has officially announced her bid for the 2020 presidential race.

Warren launched her campaign more than a month after she announced she was forming an exploratory committee — a formal step toward running for president.

Warren became the first female U.S. senator from Massachusetts in 2012. Before that, she was a law professor for more than three decades and served as a special adviser to President Barack Obama.

And now, she joins a historically diverse pool of candidates looking to secure the Democratic presidential nomination.

But the controversy surrounding Warren's Native American ancestry claims could slow her down as the competition heats up in the coming months. Just days before she announced her campaign, she apologized to the Cherokee Nation for taking a DNA test to prove she's part Native American.