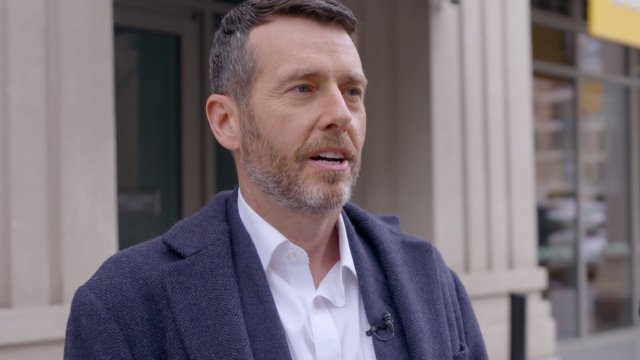 After a disappointing Super Tuesday finish, Sen. Elizabeth Warren ended her run for the White House.

"I will not be running for president in 2020, but I guarantee I will stay in the fight for the hard-working folks across this country," said Sen. Elizabeth Warren.

And now the question is who will she endorse for the Democratic nomination — something Sen. Amy Klobuchar, Pete Buttigieg and Mike Bloomberg did quickly after they dropped out of the race, all going for Joe Biden. But Warren, whose policies align most closely with fellow progressive Bernie Sanders, is holding her fire.

"Not today, not today. I need some space around this and want to take a little time to think some more," she said.

David Plouffe, President Obama's former campaign manager and author of "A Citizen's Guide To Beating Donald Trump", says Warren may have a reason for waiting to endorse a candidate and that her decision is not a swipe at Sanders.

"You know, she might not have been ready to endorse. She might have wanted to see how the primary plays out. I think she also understands her supporters aren't monolithically [in support of] Sanders or Biden. So let her voters decide without putting a heavy hand on it," said David Plouffe.

In 2016, Warren supported Hillary Clinton instead of Bernie Sanders.

Plouffe also says Warren could be considered for another role.

"I've got to think she'll be on Sanders and Biden's list. I don't know. Maybe they'll surprise us and pick a man — they could. But I'd also assume you're going to optimize for candidates for the No. 2 slot who are women," Plouffe said.

Democratic candidates will compete at the ballot box again on Tuesday, March 10, when six states will hold nominating contests.