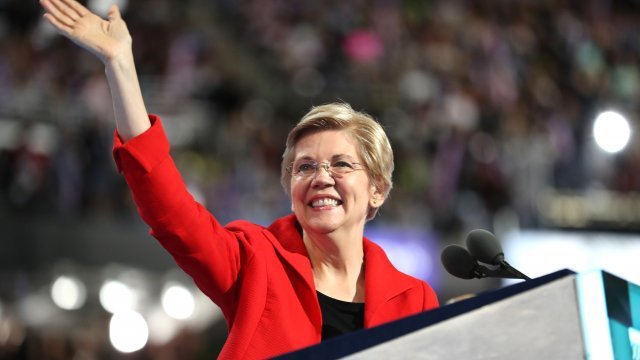 SMS
Sen. Elizabeth Warren Isn't Running For President in 2020
By Gabrielle Ware
By Gabrielle Ware
March 11, 2018
She made the announcement on CNN's "State of the Union" Sunday, just a day after the president attacked her as a potential opponent.
SHOW TRANSCRIPT

Sen. Elizabeth Warren says she is not running for president in 2020.

She said that on CNN on Sunday, a day after President Donald Trump taunted the idea of her running at a Pennsylvania campaign rally and referred to her as "Pocahontas."

That's a longstanding nickname Trump gave Warren due to her claims of Native American heritage. Warren and the National Congress of American Indians consider it a racial slur when used as shorthand for Native Americans.

Warren addressed the nickname Sunday and also responded to an editorial's call for her to take a DNA test on NBC's "Meet the Press," saying, "I know who I am."