Tammy Duckworth Becomes First Sitting US Senator To Give Birth 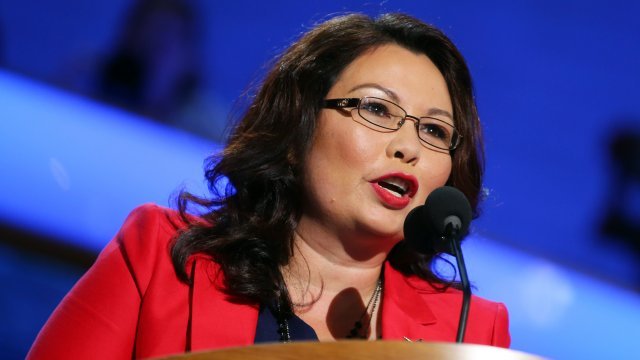 Sen. Tammy Duckworth confirmed the arrival of her baby girl on Monday, becoming the first U.S. senator to give birth while in office.

As she raises her second child, Duckworth is also pushing for rule changes in Senate chambers. In February, she told Politico she wants to change rules to accommodate future parents, even suggesting the chamber repeals the rule prohibiting children on the Senate floor.