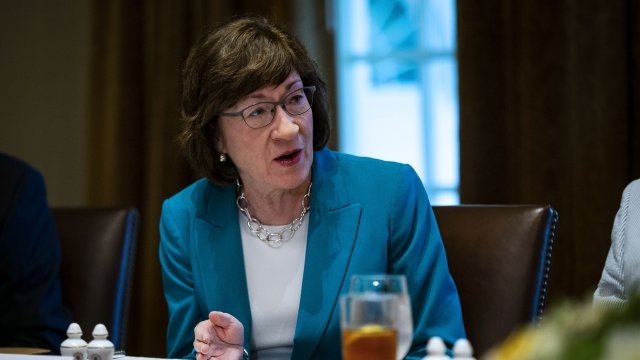 Collins told CNN's "State of the Union" that opposing the landmark abortion case Roe v. Wade spoke to a judicial philosophy that "did not include a respect for established decisions, established law." Collins has said before she wants a justice who will respect judicial precedent.

Collins is one of a few Republican senators whom Democrats are hoping to win over when it comes to opposing President Donald Trump's Supreme Court nominee. Democrats have emphasized the possibility that a new justice could help overturn Roe v. Wade.

President Trump met with Collins on Thursday, reportedly to shore up support within his own party. Collins says the president told her he wasn't going to ask potential nominees how they'd vote on Roe v. Wade. But Trump told CNN during his presidential campaign that he'd use the decision as a litmus test for his SCOTUS choices.