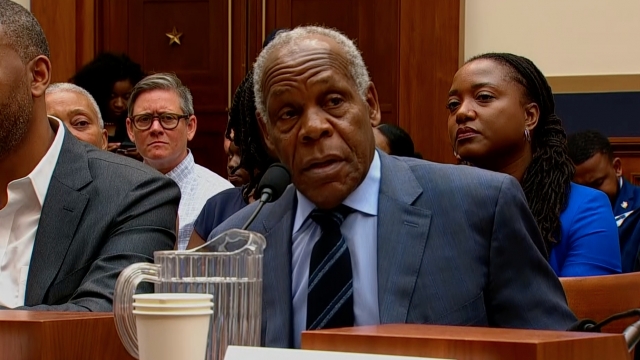 SMS
Congressional Panel Considers Legislation Over Slavery Reparations
By Caitlin Baldwin
By Caitlin Baldwin
June 19, 2019
H.R. 40 would call for a commission to be created to study the impact of slavery and recommend reparation proposals.
SHOW TRANSCRIPT

The hearing came on Juneteenth, which marks the official end to slavery in the U.S. The House Judiciary Committee on the Constitution, Civil Rights and Civil Liberties is considering H.R. 40. The legislation would create a commission to study the impact of slavery, recommend reparation proposals and consider a national apology.

"I sit here as the great great grandson of former slave, Mary Brown, who was freed by the Emancipation Proclamation on January 1st 1863. I had the fortune of meeting her as a small child," said Glover.

"As historian Ed Baptist has written enslavement quote shaped every crucial aspect of the economy and politics of America so that by 1836 more than 600 million almost half of the economic activity in the United States derived directly or indirectly from the cotton produced by the millions of slaves," said Coates.

Coates, who has written extensively on the idea of reparations, also said during his testimony there are people who deserve payouts from the government. But in a press conference the day before, Senate Majority Leader Mitch McConnell said he doesn't think reparations or an apology are necessary.

"We've tried to deal with our original sin of slavery by fighting a civil war, by passing landmark civil rights legislation. We elected an African American president," said McConnell. "I think we're always a work in progress in this country but no one currently alive was responsible for that."