There Was One GOP Holdout On The Republican Senate Tax Bill 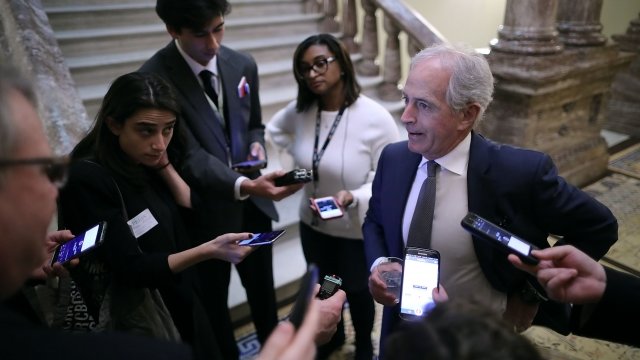 Corker is a Republican senator from Tennessee and chairman of the Senate's Foreign Relations Committee. He's been a critic of the tax bill for a while, primarily because he doesn't want it to add to the deficit.

An evaluation from the nonpartisan Joint Committee on Taxation says this plan could add over $1 trillion to the deficit.

Corker said he wanted to vote "yes" but couldn't set aside his concerns for legislation he believes could "deepen the debt burden on future generations." 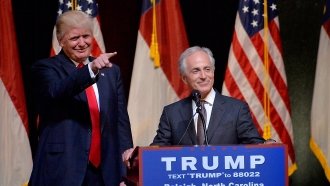 A History Of Donald Trump's Feud With Bob Corker

And Republican Sens. Susan Collins and Jeff Flake also gave their approval shortly before the vote. Collins did so after securing certain deductions for families, among other things, and Flake agreed to after securing commitment from Senate leadership to work with him on protections for DACA recipients.