This GOP Senator Is Hoping To Tackle Health Care Again 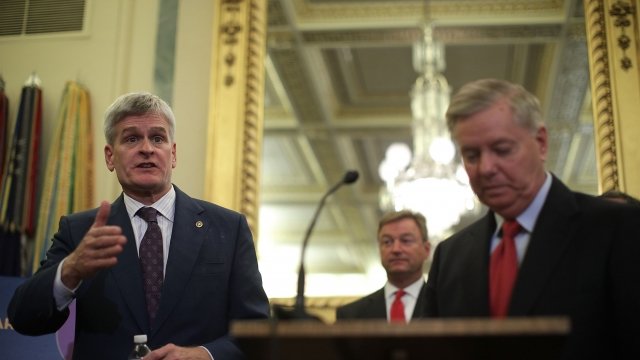 SMS
This GOP Senator Is Hoping To Tackle Health Care Again
By Kellan Howell
By Kellan Howell
June 13, 2018
Sen. Bill Cassidy, who was central to the effort to repeal and replace Obamacare in 2017, has a new list of ideas to reform health care again.
SHOW TRANSCRIPT

Louisiana Republican Sen. Bill Cassidy is gearing up for round two to revamp health care.

He's tried once before in a bill he wrote last year with Sen. Lindsey Graham to repeal and replace Obamacare.

Now his priority is to make health care and drug prices visible to patients.

"What if pharmacies had to put out publicly, 'This is what we charge for these drugs?'" Cassidy said in an interview. "It’s been done before. When Medicare Part D came in to place, Walmart and Walgreens put out something where they said they would only charge $4 for generics, and patients flocked to get their $4 generics and everyone else followed suit."

It's an idea Cassidy, along with a bipartisan group of senators, first pitched in March. Now he's proposing it again, along with several other legislative fixes he says will bring down the cost of health care.

Cassidy isn't revealing when he'll introduce new price transparency legislation, but he hinted it could drop in the coming weeks. 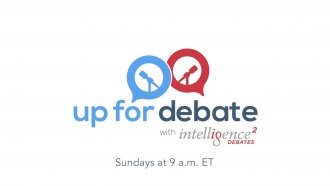 Up For Debate: Is Big Pharma To Blame For High Health Care Costs?

He's also urging Congress to revive a bipartisan bill spearheaded by Sens. Lamar Alexander and Patty Murray. The bill aims to stabilize insurance markets and give states more flexibility on health insurance requirements. It failed after Republicans added language to it that would restrict access to abortions.

"Even though I’m a [former] mayor and governor and I like states having control, on health care what you find is it's a race to the bottom," said Sen. Tim Kaine, a member of the Senate Health, Education, Labor and Pensions Committee. "If you give the states the ability, some will try to spend less on the theory that maybe if we spend less, we can chase the sick people across state lines."

Kaine, a Democrat who has his own bill to create a public insurance option, says there are some aspects of Cassidy's proposals that he can get on board with, but he ultimately wants the Senate health committee to have a broader discussion about all the ideas and find a happy medium.

"I’m not afraid of discussing any proposal. I think the problem is we haven't been willing to have a meaningful discussion," Kaine said.

Cassidy says he knows his ideas might not be the best for everyone, but that he believes Congress needs to do something to help families struggling to afford health insurance.

"In Louisiana, this 60-year-old man with a family is paying as much as $50,000 after tax dollars a year on the individual market before his insurance kicks in — $50,000 after tax dollars. We've got to do something for that family. It may not be ideal, but he can't afford $50K, so the alternative is to have nothing at all, or to have this. There's guardrails in this legislation that, unfortunately, Democrats negotiated and then voted against. There's guardrails. Keep those guardrails, but we think it will help that family," Cassidy said.