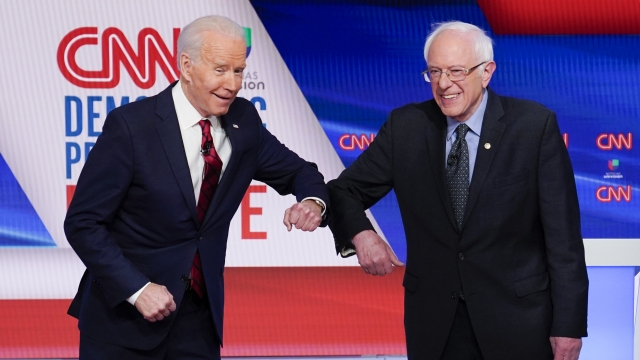 The endorsement is an important step towards party unity as Democrats look to the general election.

Less than a week after ending his own campaign, Sen. Bernie Sanders officially endorsed Joe Biden for president.

"We've gotta make Trump a one-term president, and we need you in the White House. And I will do all that I can to see that that happens Joe," Sanders said.

Sanders previously expressed support for the former vice president, but he stopped short of using the magic word — endorsement.

The senator's announcement came during a livestream with Biden where the two discussed the economic impacts of the coronavirus pandemic.

The endorsement is an important step towards party unity as Democrats look to the general election in November.