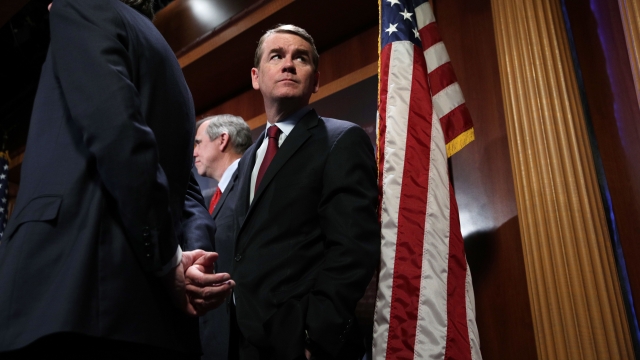 Bennet told the Colorado Independent he will undergo surgery this month. If he's cancer-free after surgery, he'll run for president as planned.

U.S. Sen. Michael Bennet has been diagnosed with prostate cancer, but it won't necessarily stop him from running for president.

Bennet told the Colorado Independent he will undergo surgery this month. He said if he's cancer-free after surgery, he will pursue the Democratic presidential nomination.

Bennet said since his cancer was detected early, it's "highly treatable."

John Kerry underwent the same surgery in 2003 when he was running for president.

The American Cancer Society says 1 in 9 men will be diagnosed with prostate cancer in their lifetime, and 1 in 41 will die from it.

Bennet said his diagnosis is a reminder of how important it is for people to have access to health care. He said: "I don't want to be hysterical, but if it was left in me undetected, it could kill me. It won't because I have insurance and decent medical care. The idea that the richest country in the world hasn't figured out how to have universal health care is beyond embarrassing. It's devastating."