Sen. Amy Klobuchar Is Running For President In 2020 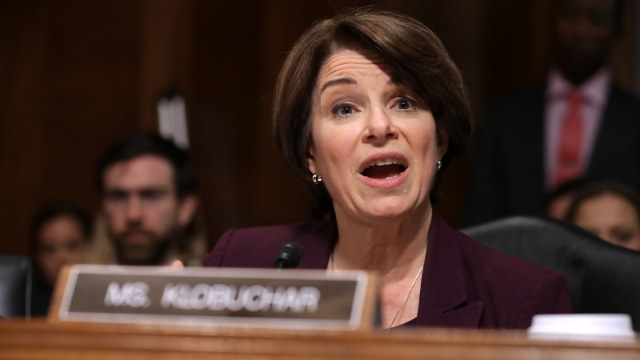 The U.S. senator from Minnesota officially announced her 2020 presidential campaign.

Amy Klobuchar is running for president.

The U.S. senator from Minnesota has officially announced her 2020 presidential campaign, just days after she teased a "big announcement" on social media.

In 2006, Klobuchar became the first woman elected to represent Minnesota in the U.S. Senate. Prior to that, she worked for two law firms and headed the largest prosecutor's office in the state for eight years.

Klobuchar is one of several women currently serving in Congress to jump into the race for the Democratic presidential nomination. The pool of candidates is already one of the most diverse in history.

But, as Vanity Fair notes, Klobuchar's popularity in Minnesota and neighboring Iowa could help her get a leg up on the competition.