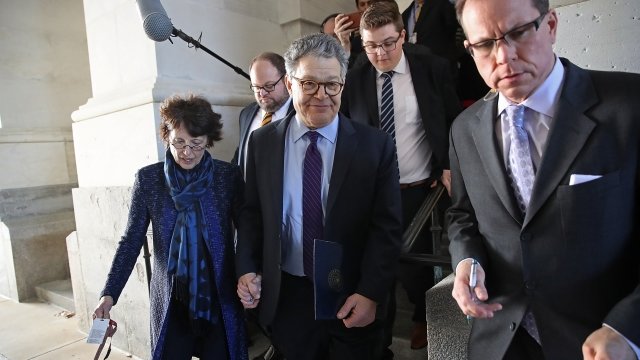 A spokesperson for the Democrat announced the hard deadline on Wednesday, but Franken originally announced his resignation earlier this month. The decision came amid a slew of sexual misconduct allegations levied against the senator. Some senators reportedly urged Franken to reconsider stepping down, but that isn't likely.

Franken's seat will be temporarily filled by Tina Smith, the Democratic lieutenant governor of Minnesota.