Why You'll Probably Never Own A Mostly Autonomous Car 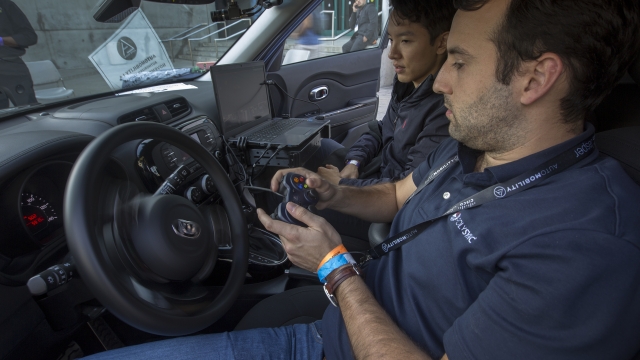 SMS
Why You'll Probably Never Own A Mostly Autonomous Car
By Evan Thomas
By Evan Thomas
March 6, 2017
A fully autonomous car needs to be as capable as a human. Until then, it needs an emergency human, and those are unreliable.
SHOW TRANSCRIPT

You probably have a rough idea of how this autonomous car thing will go: Cars will get more and more capable and drivers will have to do less and less until we eventually don't even need steering wheels anymore.

That probably won't happen, though, because if we drivers don't have something to keep busy with, we'll just fall asleep.

The U.S. Department of Transportation defines five levels of autonomous cars, starting with level 0 — where nothing in the car is automated. The driver is in full control at all times.

Level 3 is where autonomous cars start to get promising. These cars take over all critical functions and drive themselves, but only under certain conditions. The driver is expected to take full control at a moment's notice.

But people aren't very good at being constantly ready for something if they can't anticipate what it is or when it's coming. Ford has been testing level 3 cars, and they work so well that their emergency humans keep falling asleep at the wheel.

It's to the point that automakers would rather skip level 3 cars entirely: Either make the driver keep most of the control, or take all of it away. Do this, and you get a level 4 car, which provides all functions for the entire trip. A passenger plugs in a destination and sits back.

This is what companies like Waymo want to bring to market right off the bat. Tesla says it has the hardware ready to make its cars level 4, too. It just needs to improve the reliability of its autonomous programming first — using a whole bunch of data from human drivers.