See Which Of Our '90s Favorites Nickelodeon Is Bringing Back 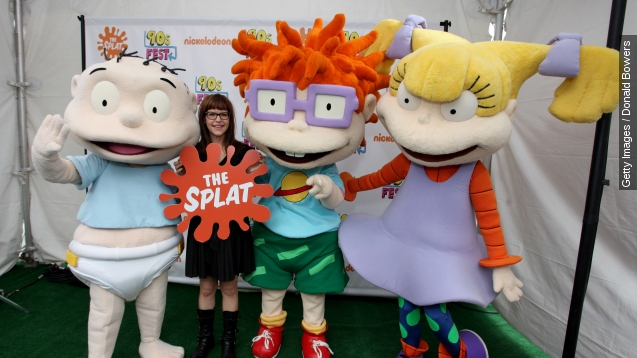 If you’re a '90s kid, you’re in luck. Nickelodeon’s nostalgia-inducing programming is coming back. (Video via Nickelodeon)

Starting on Monday, Oct. 5, TeenNick will show all your favorite 90s classics every night, from 10 p.m. to 6 a.m., in a block of programming they’re calling The Splat.

Nickelodeon’s been teasing The Splat with some vague promotional mashups, but now, we finally have the roster of '90s goodness you can expect. (Video via Nickelodeon)

The list includes "All That," "CatDog," "Clarissa Explains It All," "Hey Arnold!," "Legends of the Hidden Temple," "Rocko’s Modern Life" and plenty more. (Video via Nickelodeon / "Hey Arnold!")

And if you don’t see your favorite shows on the initial list of programs being revived, don’t worry, because you can help get favorite shows back on TV. All you have to do is ask.

A TeenNick Senior Vice President told the A.V. Club shows that didn’t make the first block of programming could still wind up on The Splat, if they get enough feedback. (Video via Nickelodeon / "Legends of the Hidden Temple")

"The multiple screen experience allows us to listen to the audience in ways we never could years ago. It’ll all be based on what the audience tells us they want.”

And because TeenNick seems to truly understand what their audience wants, it looks like you’ll be able to watch on demand on thesplat.com. (Video via Nickelodeon / "The Ren and Stimpy Show")

Although, you’ll probably need a cable subscription to have access, like with other Viacom properties including Comedy Central and MTV. Sorry, cord-cutters.

But for those of you with access to the site, enjoy your binge-watching. (Video via Nickelodeon / "CatDog")