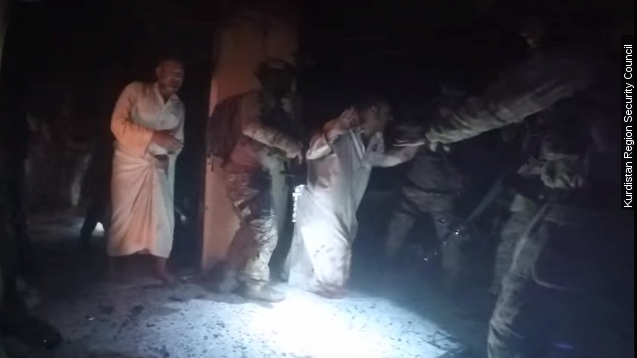 ISIS was reportedly planning a mass execution of the prisoners. More than 20 were Iraqi security officials.

The raid took place Thursday in Hawija, a city in Iraq's Kirkuk province.

Cover fire from the U.S. and Kurdish forces was heard as hostages escaped.

The hostages were led to six helicopters waiting outside the prison.

Five ISIS fighters were detained, and "several" were killed during raid, according to the Pentagon.

This video includes at Chris Zabriskie / CC BY 4.0.

Correction: An earlier version of this video should have said  U.S. special operations forces were involved with the raid, not U.S. Special Forces. The video has been updated.