What Could Convince Kim Jong-un To Give Up His Nukes? 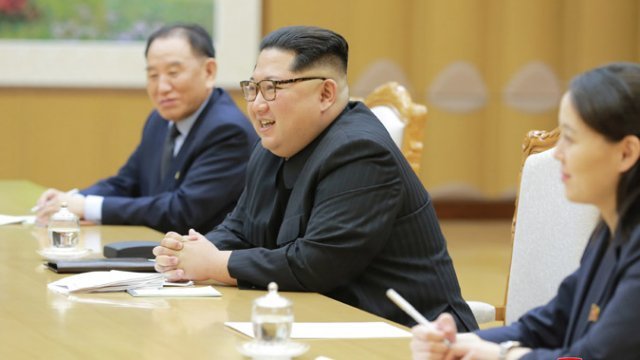 SMS
What Could Convince Kim Jong-un To Give Up His Nukes?
By Matt Picht
By Matt Picht
March 6, 2018
North Korean leader Kim Jong-un recently hinted the country might be willing to give up its nuclear program — if its security is guaranteed.
SHOW TRANSCRIPT

North Korea views its nuclear weapons program as a crucial security measure against U.S. interference. So what could persuade regime leader Kim Jong-un to give up his nukes?

A recent South Korean delegation to the North thinks it might have an answer. Kim reportedly told the delegation the North could denuclearize once the military threats against it are neutralized and the regime's security is guaranteed.

Security guarantees have been a part of past negotiations between North Korea and the U.S. Presidents Bill Clinton and George W. Bush both tried to bargain with written assurances that said the U.S. wouldn't attack the North.

But the Hermit Kingdom's definition of a military threat likely includes the U.S. troops stationed in South Korea. Convincing the U.S. to remove those troops in exchange for promises of denuclearization will probably be a non-starter.

The U.S. strategy so far has been convincing the North to trade nuclear power for economic health. Recent United Nations sanctions cut North Korean trade with its main partner, China, by about half last December. 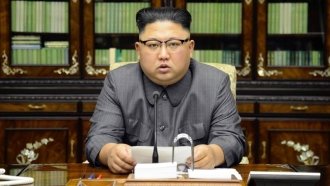 And there's a big difference between agreeing to denuclearize and actually getting rid of nuclear weapons. Past nuclear negotiations with North Korea were fraught with mistrust and broken promises, and some U.S. officials doubt this new offer will be different.

Director of National Intelligence Dan Coats told the Senate Armed Services Committee: "All efforts in the past have failed, and it's simply bought North Korea time to achieve what they want to achieve. So I'm quite skeptical about all of this."

But in a somewhat encouraging sign, North Korea did agree to freeze any missile tests while talks are going on. And Kim reportedly also signaled more understanding about the planned U.S.-South Korea military drills, which the North typically sees as provoking war.