Secretary Of The Interior Ryan Zinke Submits His Resignation 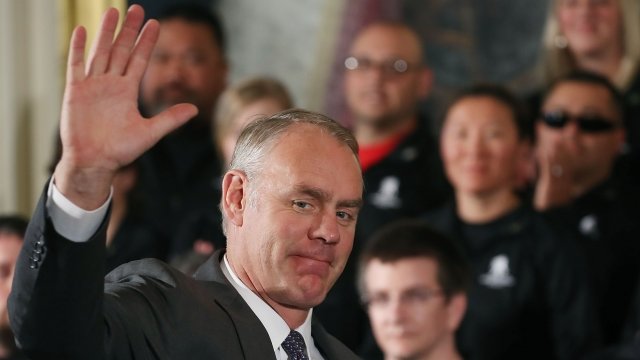 SMS
Secretary Of The Interior Ryan Zinke Submits His Resignation

Secretary of the Interior Department Ryan Zinke submitted his resignation.

President Donald Trump announced in a tweet Saturday morning, "Secretary of the Interior @RyanZinke will be leaving the Administration at the end of the year after having served for a period of almost two years. Ryan has accomplished much during his tenure and I want to thank him for his service to our Nation."

Zinke's departure comes after he faced a number of ethics investigations regarding his travel spending and alleged business dealings with Halliburton. According to the Washington Post, Zinke faced "intense pressure" from the White House following the multiple probes.

His legacy as the Interior Department Secretary will include implementing Trump's "America First" energy plan. Zinke helped put into effect policies to decrease land once designated as national monuments, fueled the oil and gas industry domestically and spearhead an offshore energy plan. NPR reports Zinke's "critics and some early supporters" were left feeling "his actions benefited extractive industries" over the environment.

Trump said his administration will announce a new secretary to replace Zinke next week.