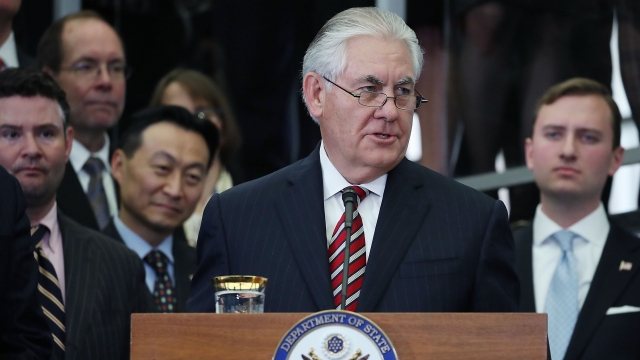 "As secretary, I will deploy the talent and resources of the State Department in the most efficient ways possible. That may entail making some changes to how things are traditionally done in this department," Tillerson said.

Besides working on that, the former Exxon Mobil CEO already has a lot on his plate. 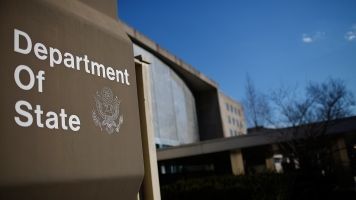 "Instead of being thankful to the United States for these agreements, Iran is now feeling emboldened," National Security Adviser Gen. Michael Flynn said Wednesday.

And then there's Mexico — and we're not talking about the wall. The Associated Press reported Wednesday that President Trump told Mexican President Enrique Peña Nieto: "You have a bunch of bad hombres down there. ... I think your military is scared. Our military isn't, so I just might send them down to take care of it," during a phone call last week.

The AP said it got its hands on a portion of the transcript of the phone call.

Both White House officials and a spokesman for Peña Nieto have reportedly denied Trump made a threat during the conversation.

And just as Tillerson was taking the oath of office, The Washington Post reported Trump had a tense phone call with the prime minister of Australia — one of our strongest allies. The call was reportedly cut short.

Trump tweeted late Wednesday, calling a deal President Obama struck with the Australian prime minister on refugee resettlement "dumb." That led to questions about whether Trump would end up scrapping the deal.

Prime Minister Malcolm Turnbull said in a radio interview Trump didn't hang up on him and the call ended "courteously." He wouldn't comment further on the conversation.

And on top of that, fighting between the Ukrainian government and Russian-backed rebels appears to have escalated.

So welcome to your new job, Secretary Tillerson. Something tells us it'll keep you quite busy.