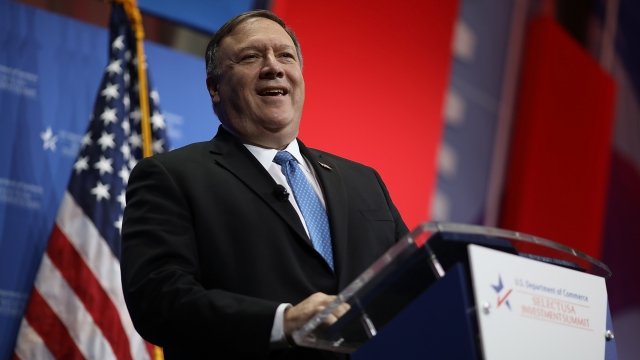 Secretary of State Mike Pompeo is heading to North Korea for the third time.

He's traveling to Pyongyang Thursday to meet with North Korean leader Kim Jong-un and some of his officials.

CNN reports Pompeo is facing pressure to return from the trip with "tangible signs of progress" on North Korea's denuclearization process.

Before that report, Pompeo told CNN he didn't plan to enforce any specific timeline on negotiations with North Korea. But he did say that he plans to discuss next steps in getting rid of the country's nuclear program.

According to the State Department, Pompeo will be in North Korea for two days before he heads to Tokyo July 7 to meet with Japanese and South Korean leaders.