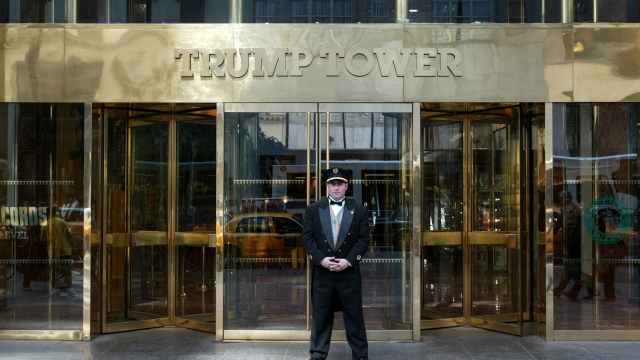 Protecting President-elect Donald Trump and his family is presenting the Secret Service some unique challenges.

"The Secret Service is looking at at least one floor inside Trump Tower to basically set up a command post. Now, we spoke to a person responsible for renting out these floors, and we're told that one floor would cost around $1.5 million a year," Pamela Brown said on CNN.

The Secret Service reportedly might take over two floors of Trump Tower for security purposes. That would be $3 million per year, which isn't much when you consider Trump's current New York City security detail costs around $1 million per day, according to city officials.

For some context, the Secret Service reportedly pays Vice President Joe Biden $2,200 a month to rent a cottage next to his Wilmington, Delaware, home.

The lease could be necessary because Trump's wife Melania and son Barron are planning to stay in Trump Tower through the end of Barron's school year instead of moving with Trump to Washington, D.C.

The White House has plenty of security measures in place that would be next to impossible to add onto a Manhattan skyscraper.

Trump's transition is run out of Trump Tower, and that's been a major headache for New Yorkers. Security had to cordon off the block outside, creating a serious traffic problem.

Getting the space in Trump Tower shouldn't be a problem. Owners are reportedly fleeing the luxury housing spot because of the hassle caused by Trump's campaign and subsequent election.