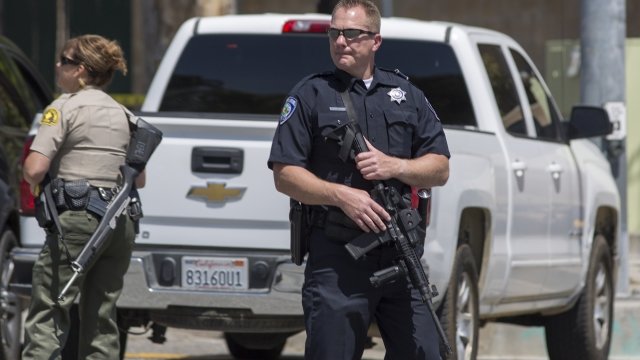 A majority of mass attacks in 2017 were perpetrated by someone with symptoms of mental illness, according to a Secret Service study published Thursday.

The report looked at 28 attacks last year in which three or more people were harmed. All the attackers were male; in nearly two-thirds of those attacks (64 percent), the suspected attacker "experienced mental health symptoms prior to their attacks." One-quarter of the attackers in the report "had been hospitalized for treatment or prescribed psychiatric medications prior to their attacks."

The study also outlines other major factors in the attacks, like substance abuse, histories of criminal activity and personal grievances.

Of the attacks studied, 23 involved a gun. The American Psychiatric Association said in 2016 "mass shootings by people with serious mental illness represent less than 1 percent of all yearly gun-related homicides," while cases involving suicide by a firearm "account for the majority of yearly gun-related deaths."